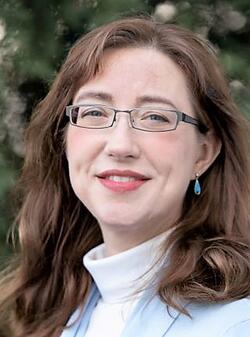 Serving as the Buddhist chaplain at Yale since 2018, Rev. Sumi Loundon Kim supports the vibrant student community as well as connecting with others across the Yale and New Haven communities. Prior to Yale, Sumi served as the Buddhist chaplain at Duke University for eight years. She is the founder of the Mindful Families of Durham and was the primary teacher for this organization for eight years, as well. After receiving a bachelor’s in fine arts from Williams College and master’s in Buddhist studies and Sanskrit from the Harvard Divinity School, she was the associate director for the Barre Center for Buddhist Studies in Massachusetts. Originally brought up in a Soto Zen community in the 70s, Sumi has been a student of the Theravada (insight) tradition since her teens. She is the author of several books: Blue Jean Buddha (2001); The Buddha’s Apprentices (2005); Sitting Together: A Family-Centered Curriculum on Mindfulness, Meditation, and Buddhism (2017); and Goodnight Love: A Bedtime Meditation Story (2023). Sumi’s spouse is a professor at Yale with the Department of Religious Studies. They drive their two teens batty by talking about Buddhism way too often at the dining room table.